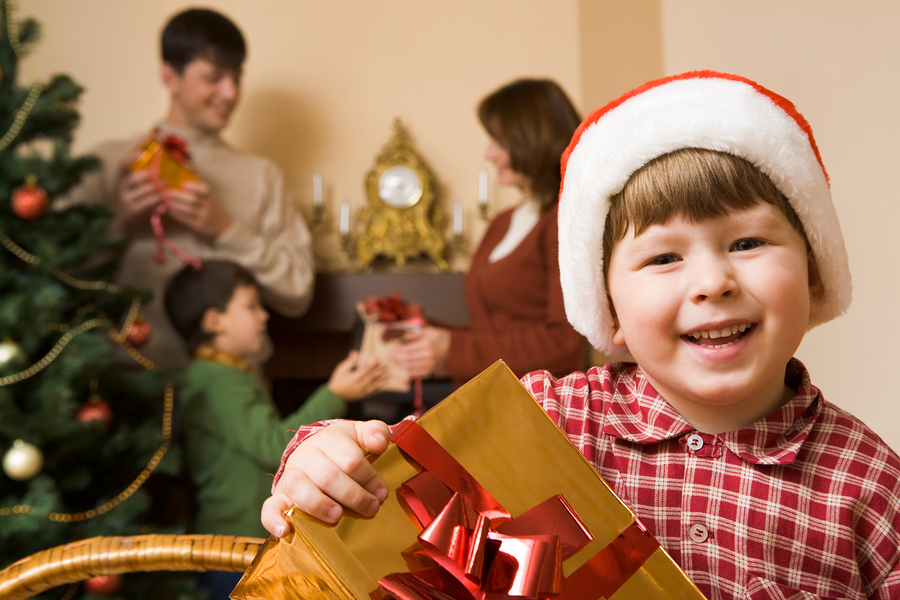 The first Christmas I can remember was when I was 4 or 5 and my parents told my younger sister and me we were not to wake them until after the street lights went out.  Now I don’t know how I woke up BEFORE those lights went out, but I did and my sister and I stared at the street light outside her bedroom window until it went off.  When it did, we ran to our parents’ room joyfully screaming “The lights are out and it’s Christmas morning!!”  I just know they were overjoyed to be awaken at ‘0 Dark 30’ to our screams of Joy!!

A few years later came “The Big Box” Christmas – the one where the toy was huge and the box was huger!! After the excitement of the toy came the excitement of a huge, empty box – one that could be turned into a house, with a door and a couple of windows.  I remember playing in THAT for most of the day, just as I remember fabricating one for MY daughter out of the box containing her fully assembled plastic tricycle.

As I grew older, I loved to build plastic models.  On my allowance, I could afford the small ones, but Christmas meant I could ask for a BIG one – The Titanic or the Jet Airplane.  Those came in BIG boxes which, when shaken, said “You know WHAT I am, you just have to wait to find out WHICH ONE I am.” The Christmas of my 14th year found NO big box under the tree.  I thought my parents were smart not to “give away” what was coming and would simply produce it at the last minute.  But when it was down to the last gift, the box was a mere 9”x5”x1” package which my parents said was an “adult” gift – a right of passage from my youth to manhood. With disappointment tinged with excitement I opened it to find A MANACURE SET!! Yes, it was top grade German leather and finely crafted individual tools, but it was a MANACURE SET.  You can imagine how thankful I was that year!!

Well, that Christmas was 57 years ago and I often replay that day in my head.  Why would I do that you ask?  Because, to this day, that manicure set is used on a regular, consistent basis.  And each time it’s used I whisper a “Thank You Mom and Dad – and Merry Christmas.”

I wish you and your family a very Merry Christmas.